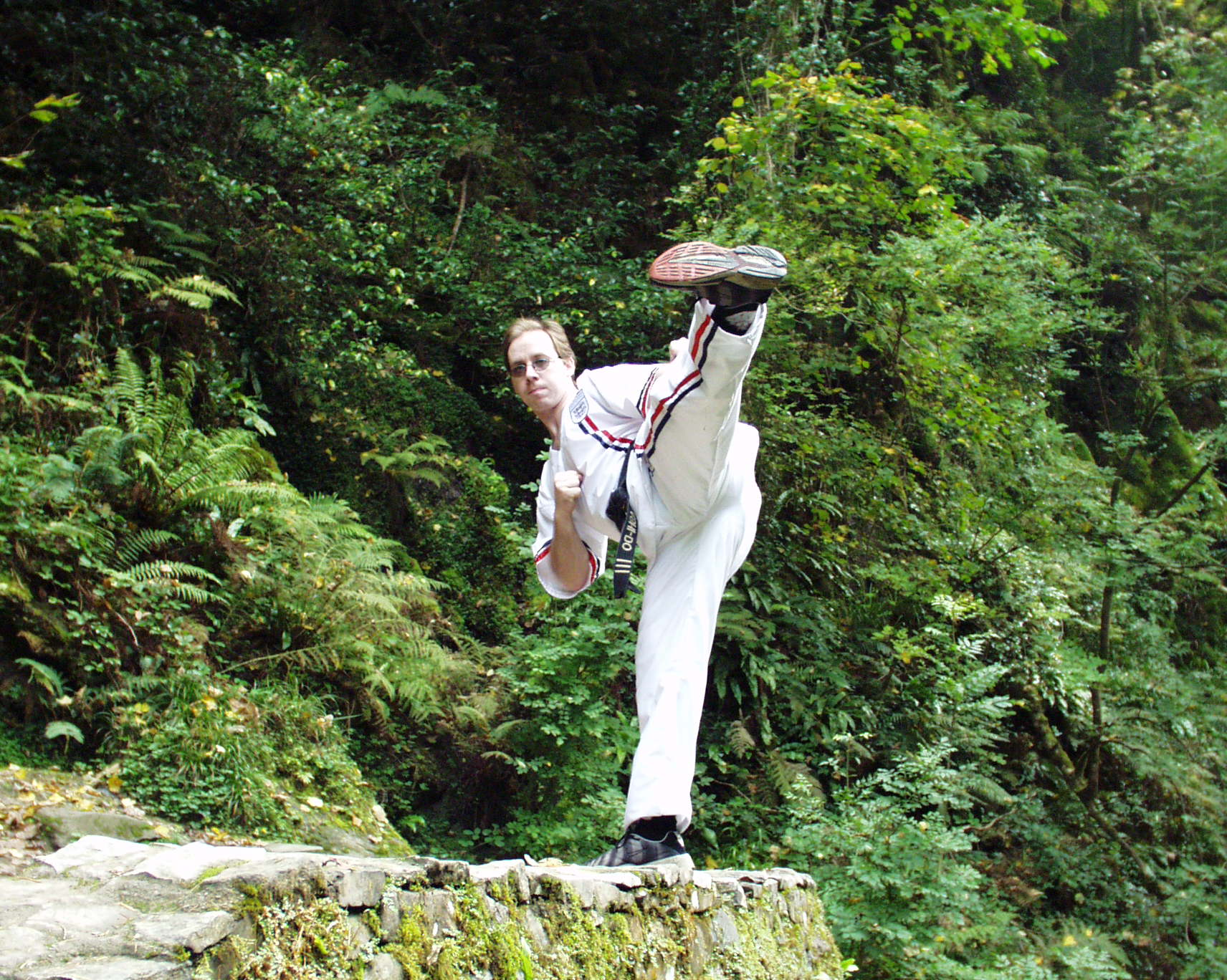 Mark has grown Te-Ashi-Do into a modern, effective self defence system, and  specialises in all the areas that Te-Ashi-Do teaches.

Mark has also trained many fighters to International level, and the Academy  has seen good success for its members.

This give Mark Fry excellent experience in both point fighting and continuous  sports Martial Arts disciplines, and 20 years teaching experience in all forms  that Te-Ashi-Do offers.

Amongst his qualifications, Mark Fry is one of only a handful of instructors in the UK qualified to teach the Rapid Assault Tactics system, created for and  used by Us Navy Seals. The system is based on Jeet Kune Do concepts, and is  separate, but compliments and reaffirms, Te-Ashi-Do philosophies.

This level of teaching means that anyone interested in sports karate, self defence, fitness, personal protection or any other element of Martial Arts, Sensei Mark Fry is well qualified for all these areas.

You can find out more about which cookies we are using or switch them off in settings.

This website uses cookies so that we can provide you with the best user experience possible. Cookie information is stored in your browser and performs functions such as recognising you when you return to our website and helping our team to understand which sections of the website you find most interesting and useful.

Strictly Necessary Cookie should be enabled at all times so that we can save your preferences for cookie settings.

If you disable this cookie, we will not be able to save your preferences. This means that every time you visit this website you will need to enable or disable cookies again.

This website uses Google Analytics to collect anonymous information such as the number of visitors to the site, and the most popular pages.